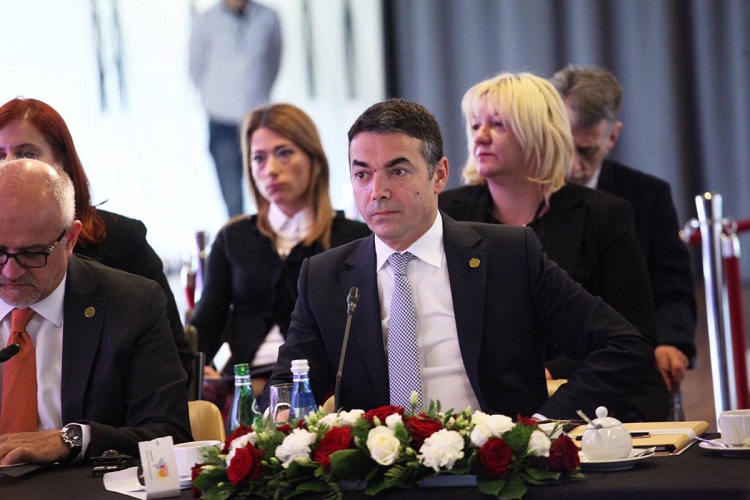 The deals with Bulgaria and Greece represent a historic turning point when it comes to bilateral relations in the Balkans. They’re opening the opportunity to develop honest partnership, which will mainly benefit all citizens. This was stated by FM Nikola Dimitrov at the meeting with counterparts from Berlin Process members-states dedicated to EU enlargement. At the meeting with German counterpart Heiko Maas, Dimitorv stressed that Macedonia had unambiguously deserved a decision on a start of accession negotiations with the EU. The German FM, in front of his counterparts from the six aspirant countries, pointed to the Prespa Agreement example as a way in which internal conflicts in the region must be resolved. Support for Macedonia’s Euro-Atlantic integrations for a start of negotiations, as well as for full completion of the process for full-fledged NATO membership, was expressed by Croatian PM Andrej Plenkovic and his Greek counterpart, Alexis Tsipras, at the meeting with PM Zoran Zaev within the frameworks of the 16+1 Summit in Dubrovnik, Croatia. At the meeting, the PMs’ pledge was highlighted about there being intensive work in the future on strengthening the economic relations and ties between the three countries. On the sidelines of the event, Zaev also met Chinese counterpart Li Keqiang, who welcomed the Prespa Agreement, adding that his country supported Macedonia’s efforts to join the EU.