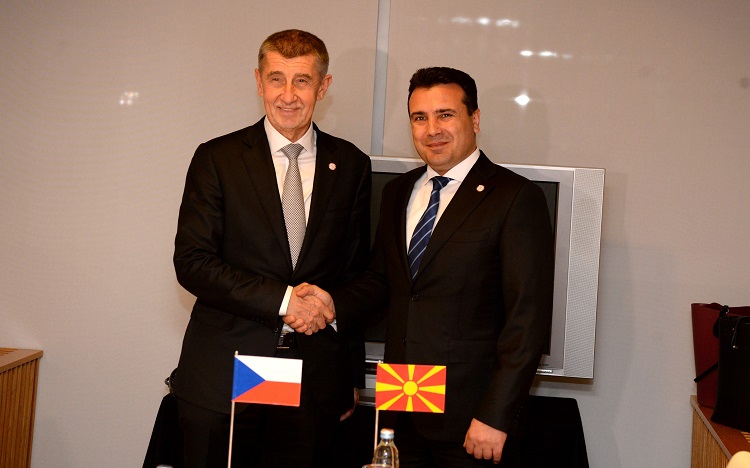 On the sidelines of the 16+1 Summit in Dubrovnik, PM Zoran Zaev held a meeting with Czech counterpart Andrej Babis, who expressed unambiguous support for a start of EU negotiations for Macedonia. “Regarding our Euro-Atlantic integrations and the upcoming important decision for a start of negotiations with the EU, PM Babis expressed assurance that the Czech Republic would provide the necessary support and help for our country in order for a positive decision to start the negotiations to be made,” the Macedonian Government said in a press-release. The goal of the meeting was to affirm the established good bilateral relations and open new fields of cooperation in several areas, including security, internal affairs and Macedonia’s road to Euro-Atlantic integration.