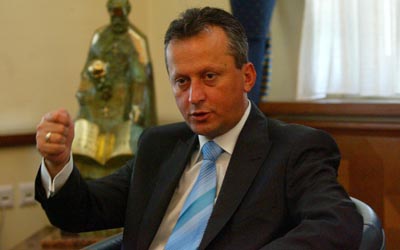 On Tuesday, former PS Trajko Veljanoski went to the Prosecutor’s Office for Prosecution of Organised Crime and Corruption for interrogation. While leaving the building, he said he’d been summoned for interrogation and responded positively. “I didn’t conduct insight into the evidence,” he noted. The former PS is suspected of being part of the organisers of the 27 April 2017 attacks in Parliament. Veljanoski didn’t say a word during the interrogation, some media reported. Among the other suspects in the case are also former minister Spiro Ristovski, who’s been in detention for over a month and a half, former PM Nikola Gruevski, who is in Hungary, ex-minister Mile Janakieski and former Security and Counter-Intelligence Administration employee Nikola Boskoski, who is in Greece.