Reka: We are Happy with our Results 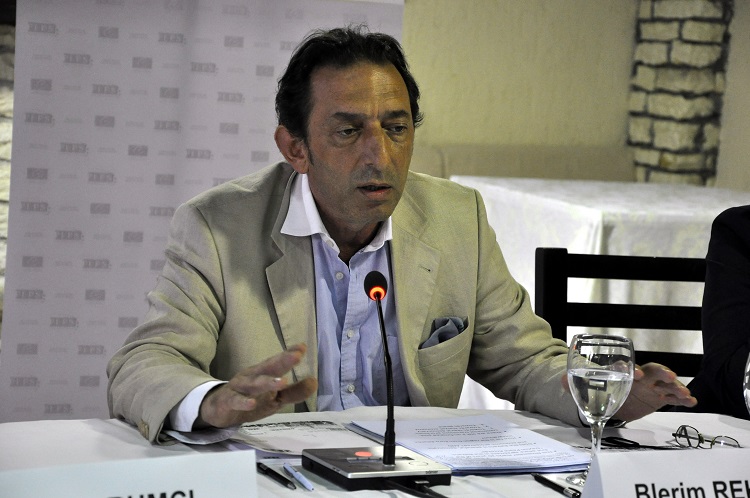 The presidential candidate of AA and Besa Blerim Reka held a press conference on Sunday evening, after the conclusion of the 1st round of the 2019 presidential election. “We had fair and democratic election. I am very happy with the results we achieved in both municipalities with majority of Albanian population and municipalities with majority of Macedonian population. This is an excellent result which announces a new political spring for future electoral cycles. We said that we shall not trade with the votes of Albanians and we shall keep our word, i.e. we will allow our supporters to freely make their choice in the 2nd round of this presidential election,” Reka said. The leader of AA Ziadin Sela referred to a promise for early parliamentary election made by PM Zoran Zaev. “Zaev already promised that he will declare parliamentary election if his party loses the presidential one, and having in mind the rather weak turnout in the 1st round, we hope he will keep his word,” said Sela.

2019-04-22
Sasko Golov
Previous: Results of Early Local Election in Debar, Novo Selo and Ohrid
Next: Siljanovska Davkova: My votes, Reka’s votes are more than those for Pendarvski