Vulin: Integration of Macedonia in NATO One Step closer to “Greater Albania” 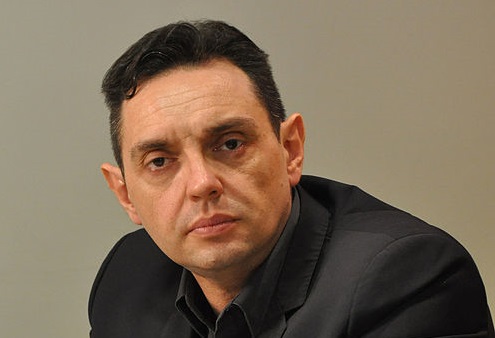 The Serbian Defence Minister Aleksandar Vulin says in an interview for Russian TV “Russia 24” that once Macedonia becomes NATO member, Albanians will live in a single politically-secured area. “Macedonia recognised Kosovo and now constantly attacks Serbia in political context, even though great deal of its Western territory is under threat to be taken over by the movement for “Greater Albania”. Albanians want to breach national borders and formalise their territory, and the international community turns the blind eye to all this. The issue with Kosovo cannot be resolved without resolving the Serbian national issue too, because Kosovo is an unbreakable part of Serbian history and territorial integrity. It is important for us for great forces like Russia to recognise the ultimate conspiracy for creation of “Greater Albania” and act against it,” Vulin said.