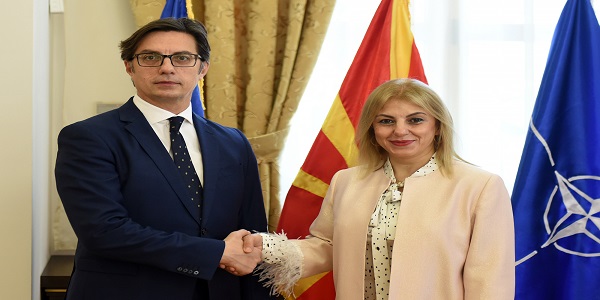 On Thursday, President Stevo Pendarovski held a meeting with Turkish Ambassador Tulin Erkal Kara. At the meeting, they expressed satisfaction with the strong and traditional Turkey-Macedonia friendship and with the continued positive trend in both the political and the economic relations. Pendarovski stated that fostering the strategic partnership with Turkey was of exceptional importance to Macedonia. He expects cooperation in all areas of mutual interest to be further advanced and solidified. Macedonia, according to him, highly appreciates and respects Turkey’s continued help on his country’s Euro-Atlantic path. On behalf of President Recip Tayyip Erdogan, the Turkish Ambassador congratulated Pendarovski on the start of his term, adding that Turkey would continue to be a supporter of Macedonia.