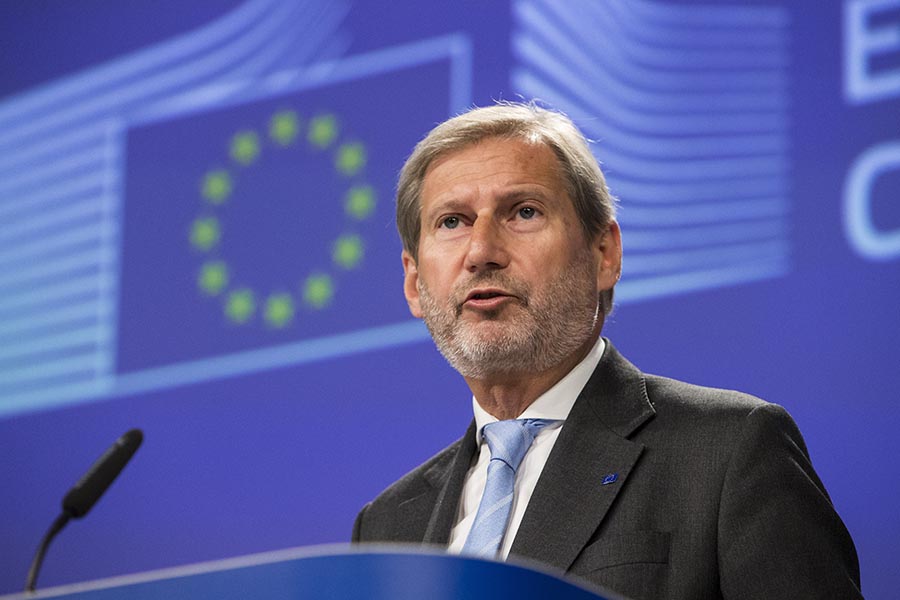 Johannes Hahn, Member of the EC in charge of European Neighbourhood Policy and Enlargement Negotiations

The EU Enlargement Commissioner Johannes Hahn says in an interview for Austrian newspaper Der Standard that a majority of the member of the EU support the start of membership negotiations with Macedonia. “North Macedonia and Albania have met the requirements set by EU member states. That’s why we gave a recommendation for both countries. But North Macedonia has achieved not only the required reforms but also the historic Prespa Agreement and the Good-neighbourliness Agreement with Bulgaria. North Macedonia’s government set an excellent example and made efforts to involve the opposition. The politicians in northern Macedonia are a trendsetting example. So, if North Macedonia gets the go-ahead for opening accession negotiations in October, which I expect to happen, then I hope this will have a positive impact on the entire region,” Hahn said.