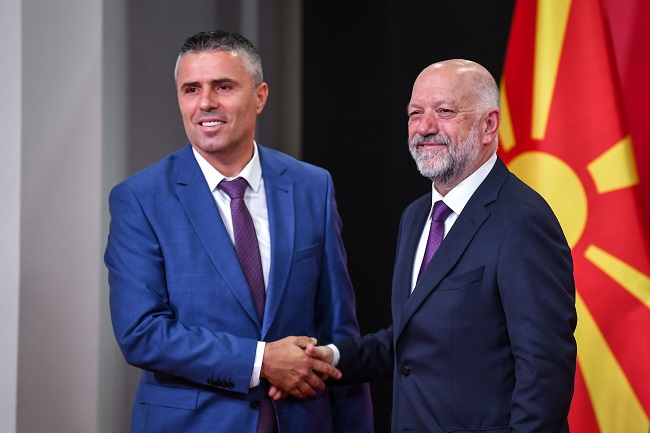 The start of the work of the National Security Agency marks a new era in the security sector, according to the Director of the before mentioned body, Viktor Dimovski. Only half of the UBK employees have been transferred to the new security institution, however Dimovski stated that even those that have failed the selection and could not have been issued security certificates will not remain unemployed, and will be placed in other state institutions. The new agency is not under MoI jurisdiction and will act as independent body and the employees will not have police jurisdiction. The Agency will be moved to the former offices of Makedonija Tabak in the municipality of Kisela Voda, after the renovations are finished.

2019-09-02
Sasko Golov
Previous: Ademi: Law on State Exam Stands for All
Next: PPO Law at Standstill