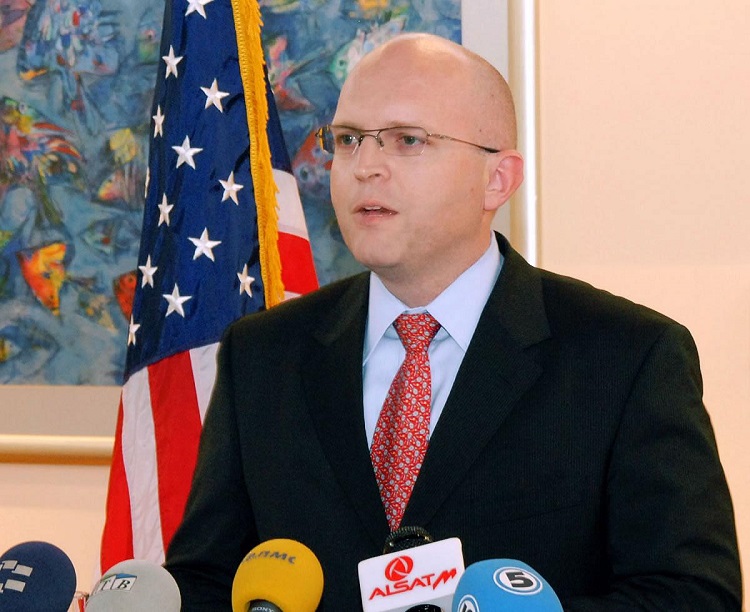 Within the frameworks of his activities in New York, PM Zoran Zaev, accompanied by FM Nikola Dimitrov, held a meeting with the US Acting Assistant Secretary of State for European and Eurasian Affairs, Philip Reeker, and the US Special Representative for the Western Balkans, Matthew Palmer. As the PM said, currently, Macedonia is fully focused on securing in October the date for a start of negotiations with the EU, as well as on progress in the ratification of the NATO Accession Protocol. Zaev added that the US had hugely contributed to Macedonia’s achievement in terms of those strategic goals. “These goals, to North Macedonia, arise also from the Strategic Partnership deal with the US,” the PM stressed. Reeker and Palmer expressed interest also in the current political developments in Macedonia. They highlighted their and the US support for implementation of reforms, еspecially in the field of the rule of law and fighting corruption, as matters of importance in order for the expected goal of a start of negotiations with the EU, an US interest, too, to be achieved.  Zaev also participated in a debate on Euro-Atlantic integrations organized by the Nizami Ganjavi International Centre. “To the question about the future of the Balkans, I have a positive answer: The Balkans are moving in a good direction, with that being the direction leading towards the EU and NATO. The Balkans are an integral part of Europe and they’re changing the image of a powder keg, of a place where political crises are generated,” he said. Several former and current political leaders from the region, including Bulgarian FM Ekaterina Zaharieva, ex-Croatian President Ivo Josipovic, former Bulgarian President Rosen Plevneliev and ex-Croatian PM Jadranka Kosor, participated in the event, too, as did other experts in the region. All participants in the debate are of the opinion that delaying a date for Macedonia will send a very negative message to the region. Dimitrov participated in the meeting of the Governing Council of the Community of Democracies, as well as in the working breakfast of the Informal Ministerial Network for the International Criminal Court.