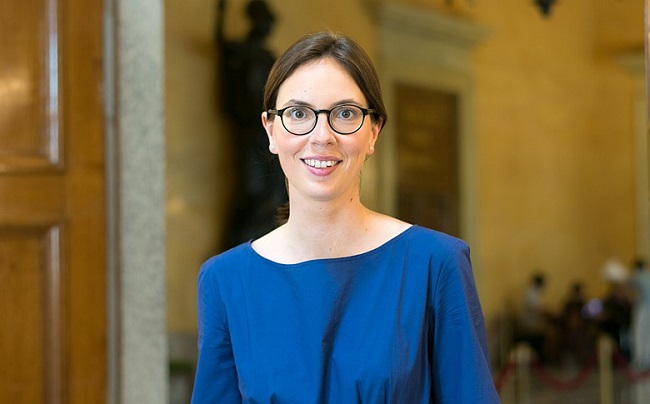 Commenting on Tuesday’s meeting in Luxembourg, Amelie de Montchalin, State Secretary for European Affairs at the French Ministry of Europe and Foreign Affairs, said her country didn’t veto the proposal for a start of negotiations with Macedonia and with Albania.  As she added, she wants it to be clear that nobody said “no”. “France’s position is that there is a European perspective. It’s needed for us to reform the negotiations process so that it’s more tempting for citizens. That shouldn’t be a tunnel in which we talk only about legal issues, with citizens not seeing any changes at an economic, social and cultural level. France doesn’t ask for anything new, France doesn’t say ‘no’,” the French politician points out. In an attempt to justify her country’s stand, de Montchalin said that France wasn’t lonely, that is, it had received support from the other Member States for the negotiations reform. “There are countries that are ready to give a green light just for one country. There are countries opposing decoupling,” she noted. According to de Montchalin, the discussion wasn’t a 25-countries-against-2 discussion or 26-countries-against-1 one. “It was a rather complex discussion about the priorities of both. One thing is certain, there is unanimity about the European perspective,” she pointed out. On Tuesday, France and the Netherlands asked for the Special Prosecutor’s Office reform to go all the way. “Consensus hasn’t been reached not because we are against, but rather we approach the topic differently. That’s why I think this discussion, in the next months or weeks, can lead to much more concrete things. At this moment, to France, the credibility of the European message is important. When we determine criteria, we should assure they are respected. Nothing more and nothing less. There isn’t any animosity, nor there is aggressiveness. It was a cordial discussion. The Netherlands and we are seeing that reforms were asked that still haven’t been completed. For North Macedonia, those are all steps that should be taken over the Special Prosecutor’s Office. Several days ago, I talked to the Macedonian Ministers. This reform should go all the way. Today, that’s not the case. That doesn’t mean that France is decisively against. However, this reform must go all the way. Once that happens, we will think about a start of negotiations,” de Montchalin explained. She confirmed that that wasn’t the final decision and that everything depended on the stand assumed by leaders of Member States at the meeting in Brussels on Thursday and Friday.