Prosecutor Stefanova Testifies at Continuation of Trial over Extortion case 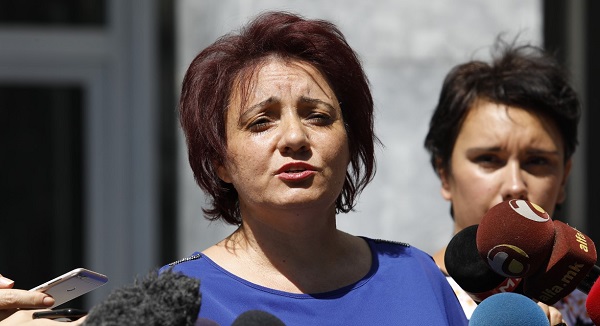 Prosecutor Lile Stefanova testified during Monday’s hearing over the Extortion case. As she said, former Special Prosecutor Katica Janeva had never interfered in her work until December 2018, when she requested for a positive opinion to be given about issuing milder measures for the suspects in the Empire case. Answering questions from Janeva’s defence Stefanova said she had known very little about the Empire case. She also answered a question as to who had known that there would be a search in suspect Orce Kamcev’s home. “The information that there would be a search didn’t come out of the Special Prosecutor’s Office, but rather from outside,” Stefanova said, adding that new phones that had very shortly prior to that been put into use had been found. According to her, the suspects in the Empire case managed to find out what action the Office was taking against them almost every time. Stefanova also said she and Janeva had a disagreement about the request for milder measures for Kamcev, former Security and Counter-Intelligence Administration head Saso Mijalkov, and the other defendants detained in the frames of the case. Prosecutor Burim Rustemi and Stefanova were requested on 16 April 2019 by Janeva to draw up decisions on the Empire and Postenska banka (Post Bank) cases for damage to be paid and for the two processes to be closed. The next hearing will be held on 28 January. Rustemi is expected to testify. Towards the end of Monday’s hearing, Janeva was removed from the courtroom due to misconduct (using offensive words) towards Stefanova. The same day, SDSM and VMRO-DPMNE continued to trade accusations over the case.