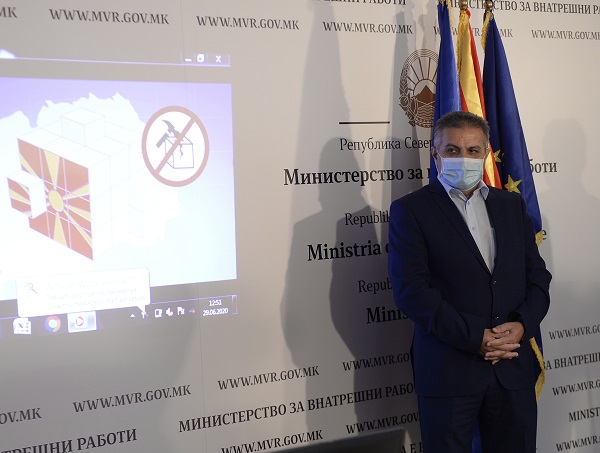 After recounting by hand the results in accordance with the electoral registers from all polling stations around Macedonia, the State Election Commission (SEC) held a session on Thursday evening at which it presented the unofficial results of the 2020 parliamentary election in Macedonia. As SEC president Oliver Derkoski revealed, the alliance “We Can” headed by SDSM and BESA won 327,329 votes or 46 mandates in the Parliament, VMRO-DPMNE has won 315,344 votes or 44 mandates, DUI 104,587 or 15 mandates, Alliance for Albanians and Alternative 81,297 votes or 12 mandates, Levica 37,551 votes or 2 mandates and DPA 13,891 votes or 1 mandate. Derkoski also commented on the technical difficulties in calculation of the results on Wednesday evening, saying that the website and electronic systems of SEC were a target of a hacker’s attack. He also denied the information promoted by certain media that SEC procured from the company DUNA the software for calculation of the votes only 7 days before the election on 15 July. Earlier on Thursday, SEC Spokesperson Admir Shabani informed that after they encountered the technical problems, all materials, i.e. ballots and registers, were transported at the main offices of SEC here in Skopje, where SEC officials checked the voting registers and counted the results by hand.