Headquarters of SEEBRIG Established in Kumanovo 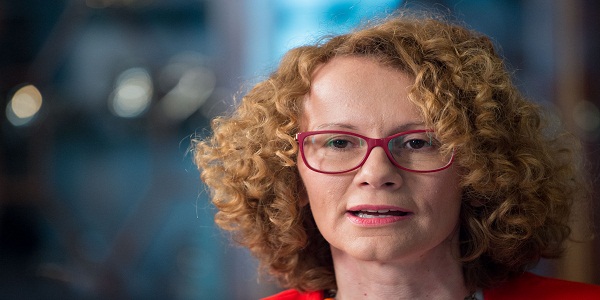 Defence Minister Radmila Sekerinska visited the “Boro Menkov” headquarters of the Army of Macedonia (ARM) in Kumanovo, on occasion the establishment of the South-East European Brigade’s (SEEBRIG) Headquarters in Macedonia, for the period 2020-2026. “Kumanovo is becoming the seat of one of the most important regional initiatives, SEEBRIG. In the next six years, the barracks behind us will host the SEEBRIG’s HQ, an important piece of the initiative launched 22 years ago in which North Macedonia has taken part in and learned lessons in international cooperation and development of joint defence facilities. Kumanovo will host SEEBRIG’s HQ for six years, giving us a chance to prove ourselves as professional hosts, open for cooperation,” Sekerinska said. Caretaker PM Oliver Spasovski said that the citizens of Macedonia should be proud with this achievement. “In the same year in which we became member of NATO, we also host the SEEBRIG HQ,” Spasovski said.