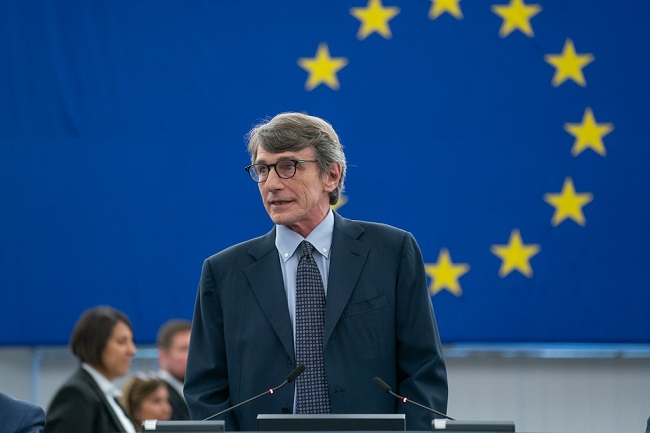 The European Commission (EC) issued a written statement in which they congratulate the election of the new Government of Macedonia. “EC looks forward to working with the new Government, led by Zoran Zaev, on EU related reforms and priorities, in the interest of citizens. We expect the authorities to sustain and accelerate the implementation of the reforms, in particular in the field of rule of law, fight against organised crime and corruption, as well as to further strengthen good neighbourly relations,” said EC Spokesperson Ana Pisonero. EU’s Enlargement Commissioner Oliver Varhelyi wrote on Twitter that he expects good cooperation with the new government of Macedonia, which was approved by the Parliament later on Sunday evening. “It’s important that all forces in society work together towards this goal, in view of the progress on the path to the EU,” Varhelyi wrote on Twitter. Greetings for the new government were extended also by President of the European Parliament David Sassoli. “Congratulations to Zoran Zaev on his re-election as Prime Minster of North Macedonia. Let’s continue the good progress your country has made towards EU accession. The European Parliament will always be a firm supporter on this path,” Sassoli tweeted. Rapporteur in the European Parliament for Macedonia Ilhan Kyuchyuk also welcomed the inauguration of the new Macedonian Government. “The Republic of North Macedonia held fair and legitimate elections in an extremely difficult situation of a global pandemic. Contrary to many expectations, the country responded in the best way by concluding an agreement to form a new government in a short period of time. The new government in Skopje, which is clearly pro-European, now has all the tools to continue the progress that North Macedonia has made in recent years,” Kyuchyuk says in his greetings. EU Ambassador to Macedonia Samuel Zbogar also congratulated the election of the new government via Twitter. “Congratulations to Zoran Zaev and members of the government on the election in Parliament. I wish them success in delivery on ambitious reform programme, in interest of the citizens and to the benefit of the country’s EU path. Unity of all stakeholders in society is needed to fast forward EU agenda,” Zbogar tweeted.