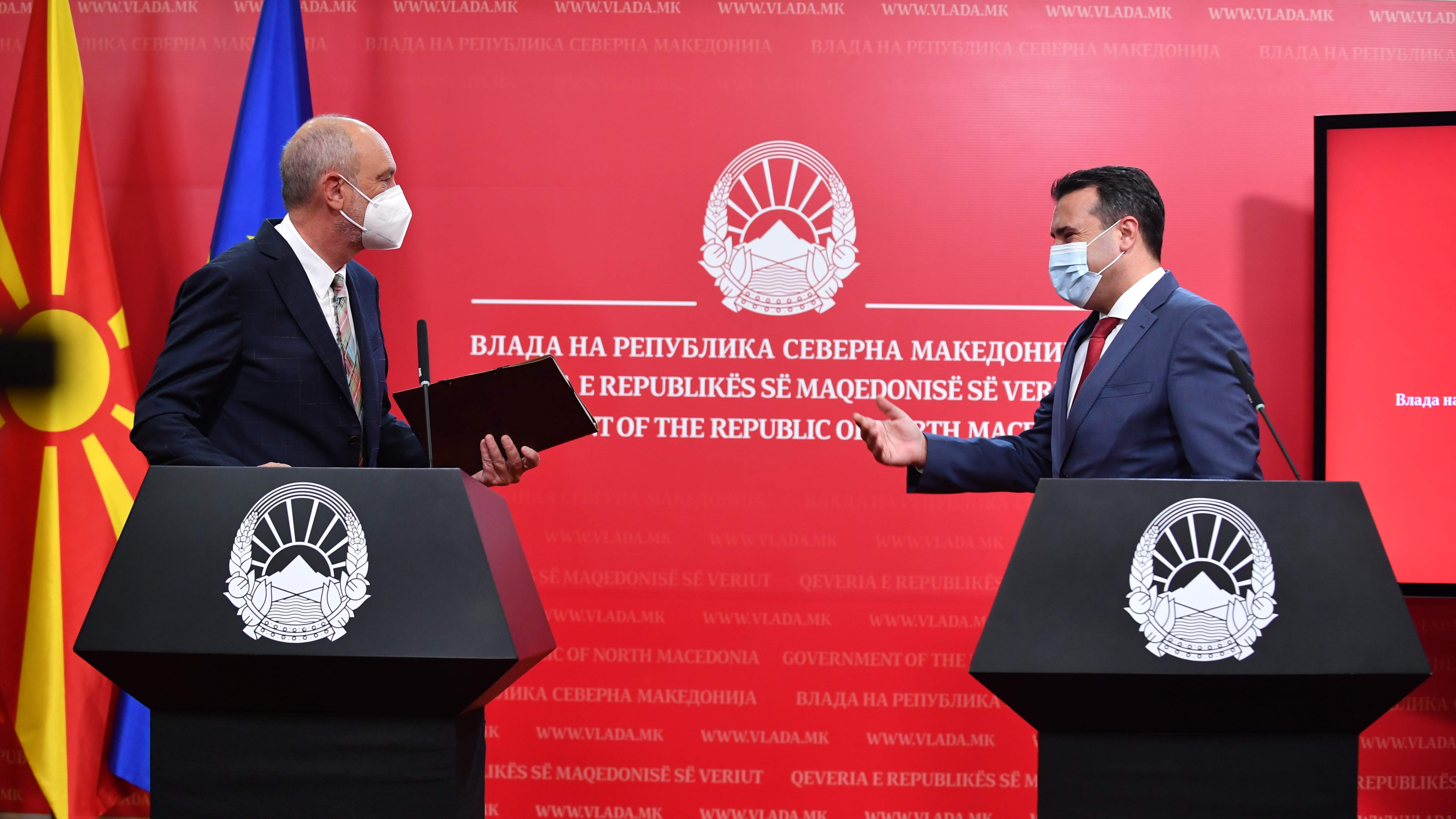 The key area on which Macedonia should focus in the period ahead is the rule of law, the new Head of the EU Delegation, Ambassador David Geer, assessed following Wednesday’s meeting with PM Zoran Zaev. According to him, that will be both the first chapter opened in the negotiations with the EU and the last one closed. As Geer added, the EU will pay attention to other areas as well, including the environment and respecting human rights. The Ambassador stressed that good-neighbourly relations, too, should be in the new ruling structure’s focus. Zaev said the new Government’s intention was to activate the fast track of negotiations per chapter with full and unconditional fulfilment of the EU agenda of the country, which, as he added, will not allow reasons for new delays. Geer expects for the first Intergovernmental Conference to be held by the end of the year, during the German EU Presidency.