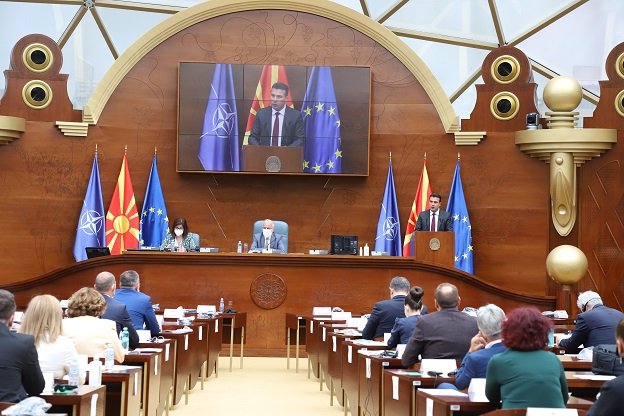 The Parliament of Macedonia adopted the nominations for new deputy ministers in the government later on Wednesday. With 62 votes in favour and 44 against, the parliament adopted the list of 16 nominees for deputy ministers suggested by PM Zoran Zaev. The voting was preceded by a debate, in which PM Zaev claimed that these people are great professionals and that they will do their duties as deputy ministers with utmost honour and responsibility. “Now is the right time for us to work and get things done. Together with you, the MPs, and with the citizens, let us continue to build our country and secure good future for everyone coming after us,” Zaev said during the debate.