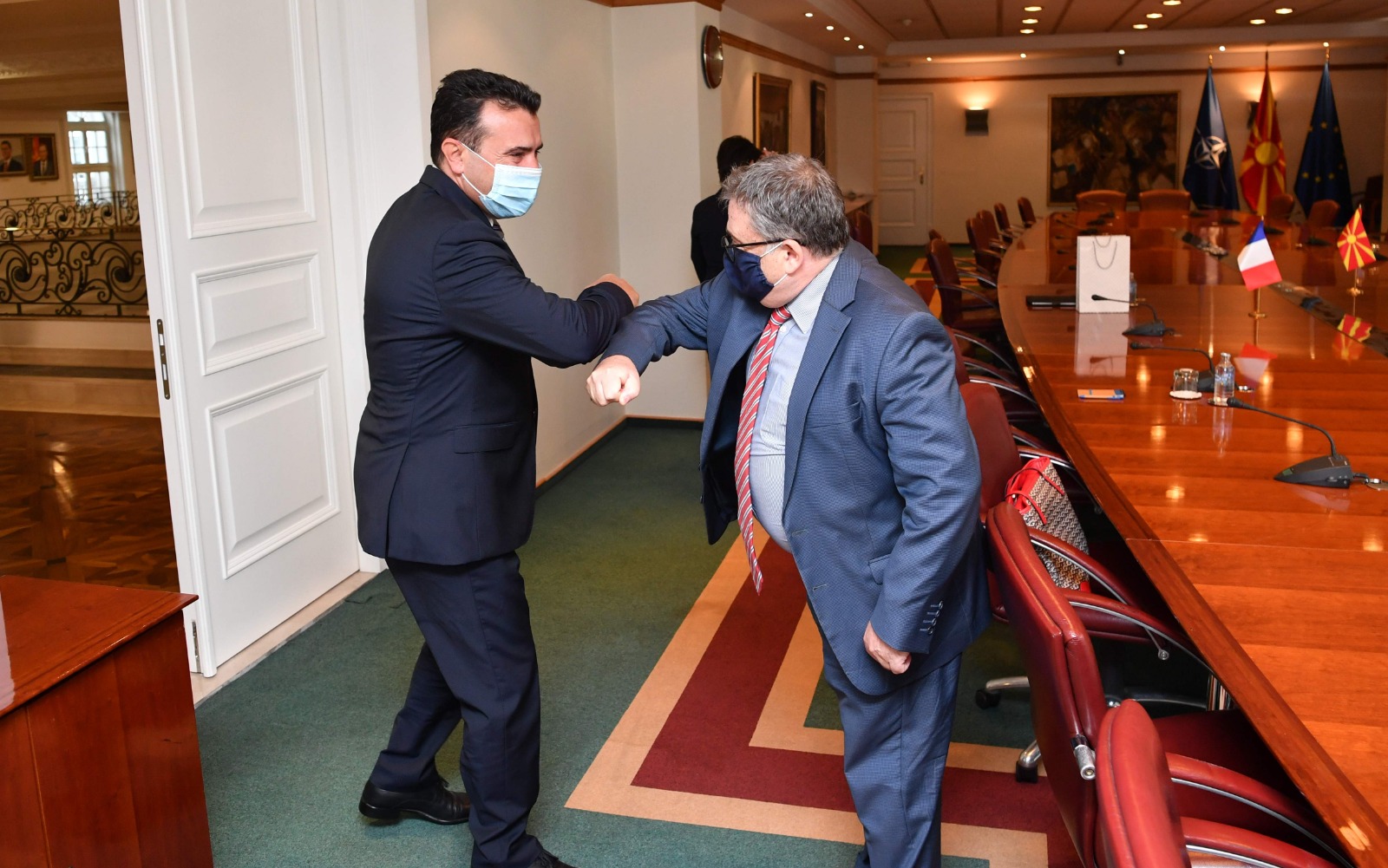 On Friday, PM Zoran Zaev held a farewell meeting with French Ambassador Christian Thimonier. The Ambassador reiterated French President Emmanuel Macron’s stand that he sees capacities in Macedonia for the integration process. According to Thimonier, Macedonia should stay on the European path. “We’ve shown we have capacities to make decisions with which the country moves forward. Now, we’re strongly committed to the fight against crime and corruption,” Zaev said, adding that there was commitment to the rule of law as well.