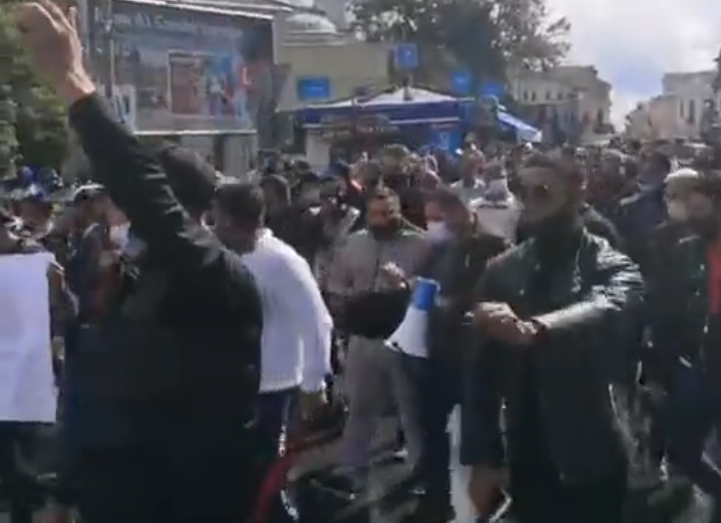 On Saturday, people from the Roma community in Bitola staged a protest against police brutality. However, they also extended a hand for reconciliation. The protest took place where several members of the community had been beaten up by police officers after the latter, who’d been under the influence of alcohol, had hit an electricity pillar with a car. Symbolically, children from the community gifted flowers to the police officers. “These young children are the future of our society. They should see police officers as protection, not as enemies. This is a gesture for reconciliation. We don’t want such situations to happen ever again. We want a better future,” NGO member Remzi Medik stated. The protesters condemned the violence against the community members, but also that against police officers. The previous day, the Interior Ministry had charged the police officer from the Bitola Internal Affairs Sector with harassment in the performance of duty. Also, disciplinary proceedings were launched against both him and his colleague, who was present at the scene but didn’t stop the violence. Both were suspended as well.