Germany’s Maas: Future of All WB Countries is in EU 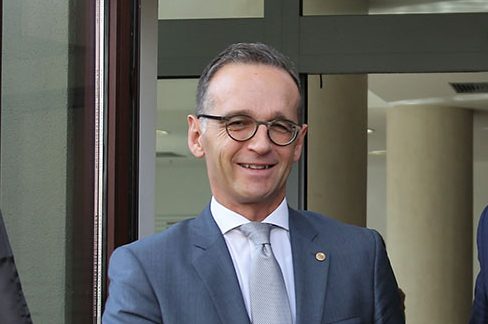 “We must deliver on the promise for a start of accession negotiations with North Macedonia and Albania,” German Foreign Minister Heiko Maas said in front of his counterparts from the Western Balkans (WB) on Tuesday. He pledged for approximation of the enlargement process once again. As Maas added, the future of all six countries from the region is in the EU, while Germany is fully committed to that goal. At a video conference dedicated to the Berlin Process in the period before the summits in June, Foreign Minister Bujar Osmani talked about last year’s Joint Presidency with Bulgaria of the Process as a positive example of good-neighbourliness and cooperation in the region. He said a start of membership talks would have a positive impact on the countries from the region in terms of achieving European values.

2021-06-09
Sasko Golov
Previous: Verdict in Double Case Scheduled for 11 June
Next: Ahmeti: Possibility of Coalition with SDSM for Local Elections not Ruled out