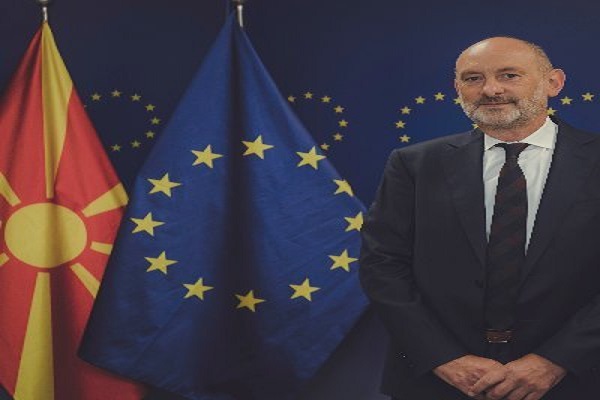 Following the last messages from Sofia, it’s nearly certain that North Macedonia will have to wait for the October meeting of the EU to possibly get a green light. However, the topic of enlargement and Stabilisation and Association Process are first on the agenda of Tuesday’s ministerial in Luxembourg, while the issue of start of negotiations is expected to be the hot topic for the ministers, primarily due to the increased pressure from almost all members exerted over the past period hasn’t changed Bulgaria’s mind. On Monday, the EU Delegation to Skopje’s Head, Ambassador David Geer, said the Union appreciated the efforts to solve unsolved disputes between Skopje and Sofia, adding that everyone in the EU was working in a committed manner to finding a resolution that would open talks with North Macedonia. “I can only echo the leadership of the European Union – that we very much hope to see the opening of negotiations as soon as possible,” he said.