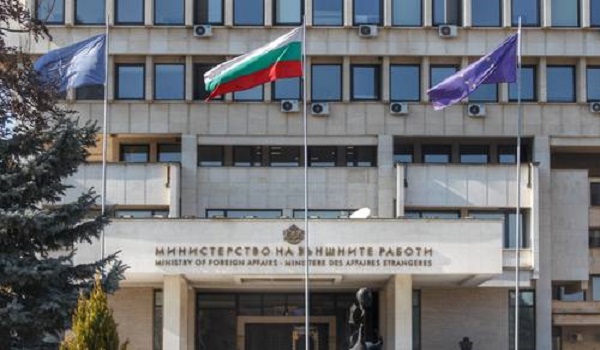 The Bulgarian Ministry of Foreign Affairs (MoFA) voiced disappointment with the adoption of the resolution in the Macedonian Parliament concerning the negotiations between official Skopje and Sofia concerning historical disputes, proposed by VMRO-DPMNE. From the Bulgarian MoFA they report that the Resolution comes in a moment when the bilateral relations between the two countries are improving, and that they wait for the full publication of the resolution, so that their experts can estimate if it is in accordance with the Good-Neighbourliness Agreement the two countries signed back in 2017. The resolution defines in 8 points the red lines of official Skopje in the negotiations with Sofia when it comes to the uniqueness and authenticity of the Macedonian language and identity, as separate and different from the Bulgarian ones. In meantime, the candidate for new PM of Bulgaria Plamen Nikolov stated that his party “There Is Such A People (ITN)” said that the new government they will eventually form will not change the official positions towards Skopje in the negotiations, but that they will change the approach to the matter in order to not be too confrontational. Bulgarian MEP Angel Dzhambazki on the other hand, addressed serious criticism to the Resolution adopted by the Macedonian Parliament. “Their red lines are based on false and unproven facts. We do not oppose the fact that their language, which is a dialect of West-Bulgarian, was codified in 1944, nor that North Macedonia’s identity originated in 1944, but we do oppose the attempt on their behalf to steal parts of Bulgarian history supported by scientific facts, and show them as their own,” Dzhambazki said. Macedonian Minister of Foreign Affairs Bujar Osmani said on Friday that negotiations between Skopje and Sofia are expected to resume after 15 August, more precisely once Bulgaria gets a new political government following the parliamentary election held this July.