Protocol from Intergovernmental Commission of Skopje and Sofia Signed 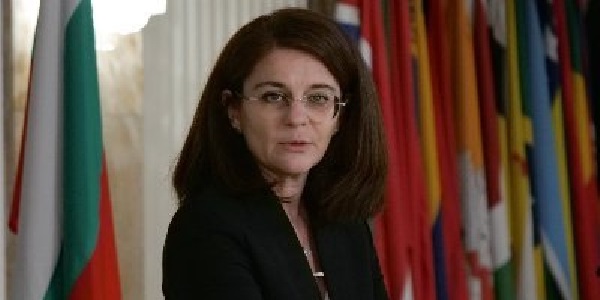 Foreign Affairs Minister Bujar Osmani and his Bulgarian counterpart Teodora Genchovska signed on Sunday in Sofia the official bilateral protocol after the meeting of the intergovernmental commission of official Skopje and Sofia. The conference and the singing of the protocol follow the approval of the French proposal for start of the EU accession talks by the Parliament and the Government in Skopje. The protocol contains notes and conclusions from the intergovernmental conferences between Skopje and Sofia which condition the start of the EU accession talks for the former. Bulgarian FM Genchovska said after the singing of the protocol that the official position of Sofia about the Macedonian language remains unchanged. “We completely respect the decision of the Bulgarian Parliament, according to which Bulgaria does not recognise that language. However, we cannot influence the positions of the other 26 EU member-states about this language, but the Bulgarian position is guaranteed in the framework for the EU accession negotiations. This means that from now on in this EU accession process, not a single document there can be understood a Bulgarian recognition of a so-called Macedonian language. After the first intergovernmental conference between official Brussels and Skopje, the latter will be bound to conduct Constitutional changes in order to include the Bulgarian minority, and only once that happens the negotiations process and opening of chapters for North Macedonia can start, and it is up to Skopje how much time they will take to do this,” Genchovska said. FM Bujar Osmani said that from this day onwards, the bilateral relations between Skopje and Sofia are elevated on a whole new level. “After 17 long years, North Macedonia is about to start the procedures for accession in the EU. We expect support from Bulgaria in this process, because our integration in the EU is in the best interest of the entire Balkan region,” Osmani said.