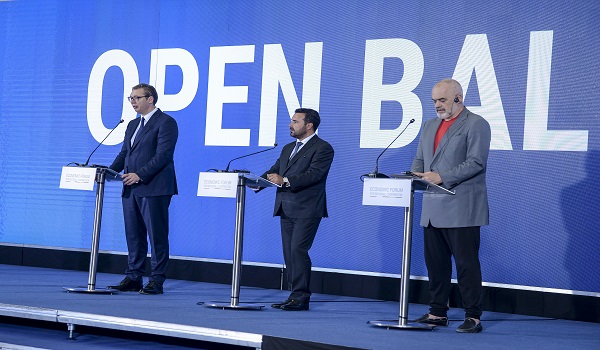 On the sidelines of the Open Balkan summit in Belgrade, Justice Minister Nikola Tupanceski held a meeting with his Serbian counterpart, Maja Popovic. The meeting was attended by Livija Pavicevic, State Secretary at the Serbian Justice Ministry, and Dejan Carevic of Serbia’s Administration for Enforcement of Penal Sanctions. The Ministers agreed to hold joint conference at which experiences will be exchanged by Skopje and Belgrade in relation to the judicial system. Also in the frames of Open Balkan, agreements were signed for the mechanisms to provide food in the Western Balkan between the three Agriculture Ministers, Ljupco Nikolovski (North Macedonia), Branislav Nedimovic (Serbia), and Frida Krifca (Albania). Furthermore, a memorandum of understanding and cooperation was signed in the field of cinematography by Culture Minister Bisera Kostadinovska-Stojcevska and her counterparts, Maja Gojkovic (Serbia) and Elva Margariti (Albania). Moreover, Kostadinovska-Stojcevska and Gojkovic signed the programme for cooperation between their Ministries for the period from 2022 to 2025.