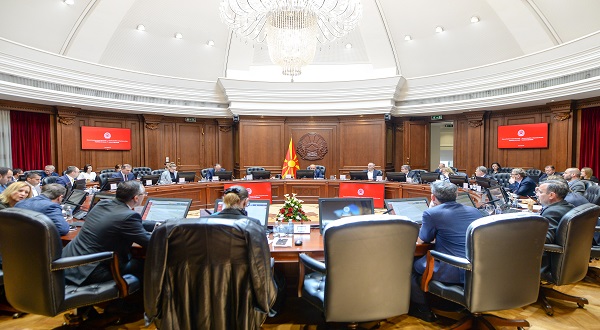 Goran Milevski submitted his resignation as Local Self-Government Minister on Tuesday, citing personal reasons. He confirmed that for MTV1 TV. Milevski will also resign as LDP leader. SDSM and Alternative are adamant that there will be no reshuffle. DUI shares the stand that there is no need for such change. On the other hand, VMRO-DPMNE’s stand remains unchanged, that is, that early elections are the only solution. Regarding the issue of who will succeed Milevski as Local Self-Government Minister, so far there have been a lot of speculations among the public. The most serious and only candidate of the party for the position is former Skopje Mayor and ex-leader of LDP, Risto Penov, who has already received an offer and should state in the period ahead whether he accepts it, Kanal 5 TV has found out. Asked whether he planned to return to politics as a minister, Penov told the TV station that it was still early.