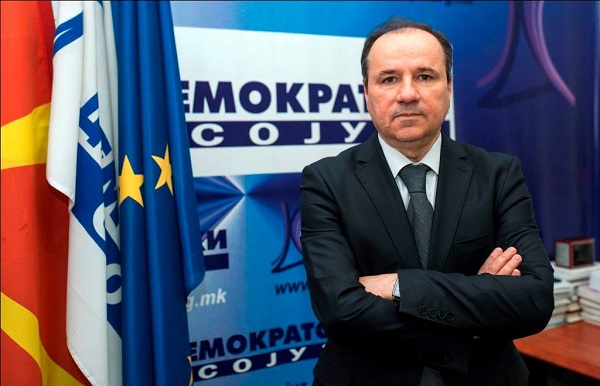 Politicians in the country welcomed the announcement of US Ambassador Angela Aggeler that a Sanctions Team from Washington will inspect cases of corruption in the country. PM Dimitar Kovacevski said that any help for dealing with corruption is welcomed, and that the government intends to implement vetting procedures to deal with it. Democratic Alliance Leader Pavle Trajanov said that the ideas for fight against hard crime and corruption exists in the country since 2005, but that now proper conditions for realisation of these ideas are established. “Our party already created a new Draft-law on Fighting Corruption, which unfortunately neither SDSM nor VMRO-DPMNE want to adopt in the Parliament. I hope that this intervention from official Washington will change things for the better,” Trajanov said. The Alliance for Albanians also welcomed the initiative for the US Sanctions Team to start activities in North Macedonia. “This shows the resolve of the United States to remove the corruption from all parts of our society so it no longer hinders our development and progress,” they commented from the Alliance for Albanians. President of the State Commission for Prevention of Corruption Biljana Ivanovska also welcomed the US initiative. US Ambassador Aggeler wrote on Twitter on Tuesday that “Sanctions Team from Washington is here to take a more aggressive look at past and current corrupt actors, and to consider all possible responses. North Macedonia’s justice sector needs more investigations, prosecutions to show that no one is above the law.”