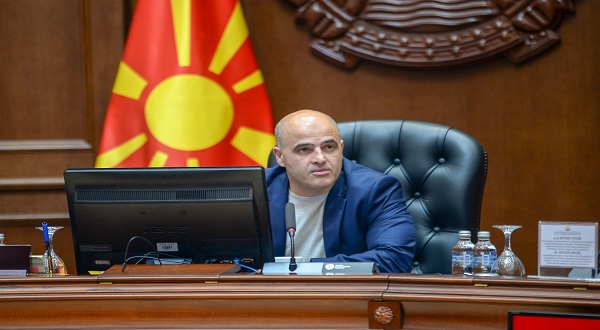 “There is a medium in this country whose editorial policy looks more like a company trading in energy agents, while there is also a medium whose editorial policy looks like a party’s sector for communication.” This statement by PM Dimitar Kovacevski on Monday sparked loud reactions by journalists to his decision to avoid directly to name media the PM had clearly referred to. Al Jazeera’s Milka Smilevska said Kovacevski had been the PM for one year, adding that he was surely already aware of the strength of his position and messages he sent from it. Kovacevski said he hadn’t referred to any specific medium. “First, you are aware that we are a country that has absolutely advanced transparency of 100%. I am very aware of that. I didn’t mention any specific medium. It’s another matter if someone recognised themselves. Second, I have never called a journalist or an editor by phone. I, together with you, will not allow that era to return,” the PM noted. Telma TV itself reacted, saying it was an impartial medium with an independent editorial policy where journalists who had high professional standards worked.