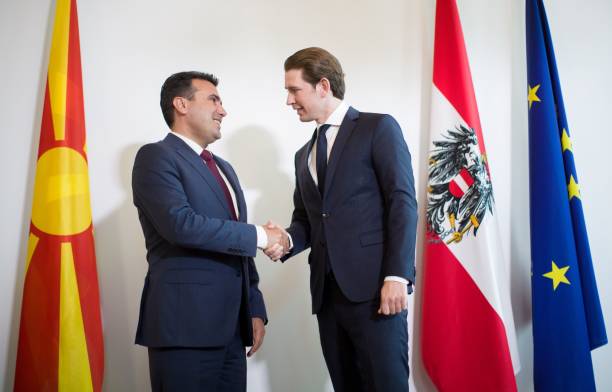 On Tuesday, PM Zoran Zaev held a meeting with Austrian Chancellor Sebastian Kurz in Vienna. At the joint press-conference following the meeting, Kurz said his country strongly supported Macedonia regarding a start of accession negotiations with the EU. According to him, Macedonia deserves that. The Austrian Chancellor added that his country would do everything it could in order for the Council to make a positive decision. As regards the name referendum, he urged Macedonia’s citizens to support the Skopje-Athens agreement. Thanking Kurz for the open support, Zaev described Austria as a true, big and sincere friend. “We expect positive news for Macedonia and a decision with a date for opening accession negotiations by the Council of Ministers,” he stated. The meeting was held before the decision on a conditional opening of negotiations.