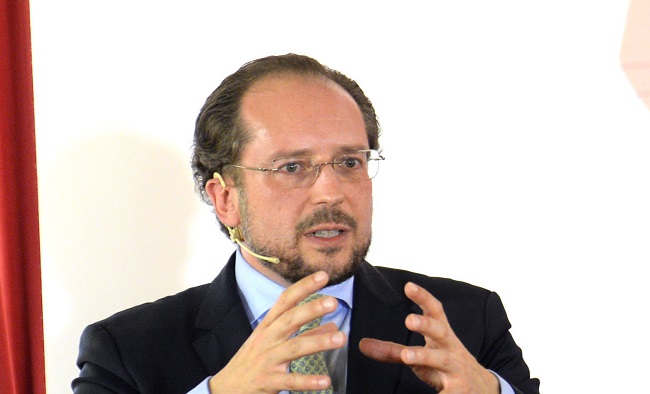 The Minister of Foreign Affairs of Austria Alexander Schallenberg paid on Monday an official visit to Macedonia. Schallenberg was welcomed to Skopje by his Macedonian counterpart Nikola Dimitrov, with whom he held a mutual press conference. Schallenberg reiterated the support Austria voices for the integration of Macedonia in the EU. “Austria believes that both North Macedonia and Albania should be given a date for start of the EU membership talks this October. This will contribute to the greater good of both countries, as well as the entire West Balkan region and EU too,” Schallenberg said. Macedonian FM Dimitrov estimated that Macedonia fulfilled all that the EU asked as condition for negotiations. “It is better for both North Macedonia and Albania to start negotiations than only one of them doing it, but ultimately, it is also better for only one to start the negotiations than none,” Dimitrov said. Later on Monday, Schallenberg met the PM of Macedonia Zoran Zaev. The PM told Schallenberg that a positive decision on behalf of the EU in relation to Macedonia would provide strong motivation for the citizens and the institutions to proceed with the reforms for improving the state systems. “We have done a lot to reach our strategic goal, integration in NATO and EU. We signed and implemented the Prespa Agreement with Greece and the Good-neighbourliness Agreement with Bulgaria, with which we demonstrated clear determination to lead this country forward towards a more prosperous future, in the families of NATO and EU,” Zaev told Schallenberg.