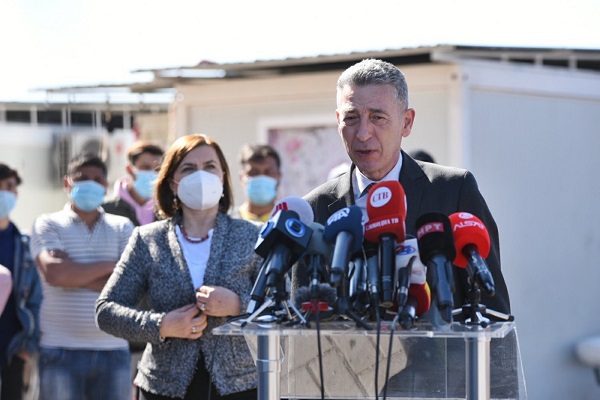 “After 20 years, we came to the day to start with the most important statistical operation in the country – the Census of Population, Households and Dwellings. As of this morning, when the largest statistical operation in the country started, there is no information on the refusal of the census by the citizens or any technical problem,” said the director of the State Statistical Office Apostol Simovski after the census of a household in Gjorce Petrov. He called on the citizens to cooperate in order to obtain relevant data and not to succumb to the initiatives that call not to open the door to the enumerators. He reiterated that the census is safe in relation to the spread of the virus and stressed that the enumerators have appropriate IDs with which they must be legitimized.

2021-09-06
Sasko Golov
Previous: 1,759 New Cases of COVID-19 and 79 Deaths During Weekend
Next: Zaev: If New Government Is Formed in Bulgaria, Solution Could Be Reached