Zaev: There Are Positive Signals and Shifts in Talks with Bulgaria 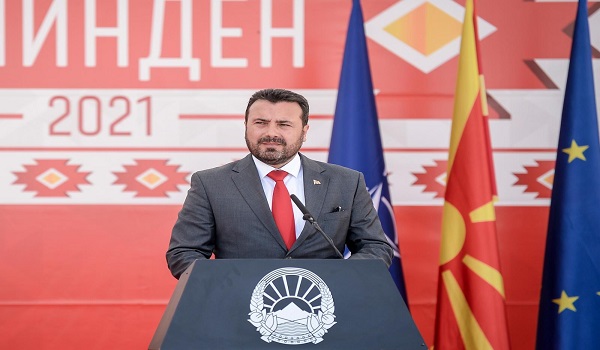 A productive meeting filled with encouraging messages for the teams of the North Macedonian and Bulgarian Foreign Ministries to continue working to find a mutually acceptable solution as well as strong assurances that the European Union wants to see North Macedonia as part of the European family, are part of the messages that EU Enlargement Commissioner Oliver Varhelyi addressed to Prime Minister Zoran Zaev at their meeting on Wednesday. Regarding the dispute, the PM said that there are positive signals and shifts in the talks, because Bulgaria increasingly understands the necessity of the needs and issues of the North Macedonian side, for the language and identity for which North Macedonia does not deviate. “Those messages that were sent and that is until the end of the year in December, i.e. from 14 to 17 December the Council of Europe is to take place, until then to have a positive solution, and until then we should work on all sides, North Macedonia, Bulgaria and the EU to achieve that goal,” stated PM Zaev.

2021-10-01
Sasko Golov
Previous: Sekerinska: With New Integrity Plan to Zero Room for Corruption in Defence
Next: Mitsotakis: We Do Not Support Bulgaria in Blockade